The rising cost of living is continuing to impact the lives across the UK, but millions of students are being forgotten about in this financial emergency.

With the average student finance payout just over £420, university-goers just can’t keep up with soaring prices, and 97% say young people are struggling more than people realise.

Savvy students are doing their best with their budgets, making the most of available student discounts and cost-cutting measures to stretch the cash until the next loan drop. But for some, this isn’t enough.

For the most vulnerable students, these teens are required to penny pinch to the extreme, skipping meals, choosing working over studying, and missing out on key lifestyle moments.

The government has refused to acknowledge students in any financial announcements, leaving them feeling forgotten about, and even ignored.

The average student starts off £7000 in debt each year

The average UK adult has a monthly income of almost £2500 and a collection of bills and necessary spend totalling around £1500, leaving them around £950 of disposable income.

For students, the situation is much more troubling. Despite the financial aid of council tax exemption, the average student could find themselves almost £600 in debt each month before they even think about their disposable spend.

The average student loan amount across the UK in 2021/22 was £5070, representing a £422.50 monthly payout spread across the year. With a monthly necessary spend of £992.10 including eye-watering spare room rent prices and ever increasing electricity costs, the average UK student is left in £569.60 of debt each month, totalling almost £7,000 of debt each year.

Whilst the cost of living crisis causes financial strain for most across the UK, students are being ignored and categorised into the ‘starving student’ trope that people are happy to make a joke of.

But the reality is that students are left £600 in debt before they can start spending on themselves. Whilst the average minimum wage worker is left with a worrying £30 of disposable income, it at least is in the positive figures.

Despite the average student’s income representing a third of minimum wage or a fifth of the average Brit, they still have sky-high expenses to budget for. The requirements for groceries, phone contracts, and the likes are still the same, whilst big bills like rent are eye-wateringly high.

With the rental market struggling, and demand outweighing supply, the average Spare Room rent now sits at £606 — 43% more than the average student is receiving from Student Finance.

Due to financial strains, students are being forced to choose between earning and learning, with 60% choosing to take on a job alongside their studies.

Given the £570 of debt the average student collects each month, many students have no choice but to pick up part-time work alongside their studies. But for most, it’s more than part-time.

To generate this £570 of debt repayment, the average student would need to work 20 hours per week in a minimum wage job, or 50 hours if they wanted £200 of disposable income to play with each month.

Whilst working all these hours, students also need to find time to do 35 hours of classes and independent study, as well as balancing time committed to socialising, wellness, hobbies, and sleep.

This extra work is proving detrimental for the majority of struggling students – those who have taken on a job alongside their studies are more likely to see financial worries affect their studies and their mental health.

With universities advocating for education for all, we are seeing increased numbers of students from low-income families, those who are estranged, black students, those who are neurodivergent, and other groups.

This inclusivity is most welcome, however those facing prejudice in life are often more likely to battle further inequalities, especially around money if they did not have equal access to financial literacy.

Those from low income backgrounds, namely those who were previously entitled to free school meals, are more likely across the board to face difficulties due to their current financial position.

Most notably, those from low income backgrounds are twice as likely to think about dropping out because of money worries.

For those trying to find ways to cope, these disadvantaged students were also twice as likely to rely on their friends for financial support, to think about or start shoplifting, or to think about selling drugs.

Have you done any of the below in order to obtain extra income due to struggling financially?

Has your financial situation ever negatively impacted the below aspects of your life?

Third of students are losing friends because of money

The financial decisions young people are being forced to make are shaping their relationships, making their dating lives, sexual relationships, and frienships harder than ever.

Difficult conversations around the costs of first dates or birthday meals with friends are causing strains on different aspects of young people’s lives..

Two thirds have seen their mental health negatively impacted by their financial position, whilst half acknowledge the cost of living crisis has been detrimental to their studies.

When it comes to relationships, students have seen their friendships (38%), family ties (33%), dating life (24%), and sex life (10%) negatively affected by the financial position they are in.

Those from low-income households have witnessed more strains on relationships – 44% are struggling with their friendships and 46% with their family.

This may be down to the fact these struggling students are also relying more on these people for financial support. These individuals are more than twice as likely to rely on generous IOU’s from friends than those from better-off households (18% vs 8%).

Students are debating shoplifting and selling drugs to get by

A third (29%) of students are entitled to less than £5000 of student finance each year, working out at just over £400 a month – a third of what minimum wage earners take in. Despite students having similar expenditures and bills to pay.

This discrepancy between income and expenditure has left students with big lifestyle changes to make.

Three in five students have taken on work alongside their studies in order to make some extra cash, whilst just as many have relied on family handouts to make ends meet.

Whilst 15% are using their entrepreneurial skills to run a side business to generate income, many students are resorting to worrying means.

Families are feeling the student strain too

Three in five students are reportedly relying on money from their families in order to pay the bills, but this reliance is causing strains amongst families.

More than half (55%) of students admit their parents are not in a comfortable position to support them financially whilst at university. But the monetary struggles young people are facing are forcing them to call on their caregivers for cash top-ups, ultimately causing stress to the parents who want to support their children where possible.

The means-tested Student Finance model says those with high-earning caregivers will receive a lesser student finance, assuming they can financially support the student.

But for the lowest earners, 63% of students don’t think their parents could support them financially. Which is why these students are more likely to turn to generous friends for bailouts, rather than their own family.

Have you done any of the below in order to obtain extra income due to struggling financially?

Students Don’t Know Where To Go

With all the financial strain on students, they’re admitting they just don’t know where to turn to for help.

Despite practically all students (97%) feeling they are struggling more than the public realise, almost two-thirds (59%) say they are not confident about where to go for help if they were struggling financially.

The situation is just as worrying for those with friends who are struggling, with 63% saying they wouldn’t know how to help a peer facing financial woes.

What is the solution?

Students are strongly opinionated that the government should be responsible for introducing financial aid for those at university.

70% say they think the onus is on the government, compared to just 19% calling on universities and 11% looking to Student Finance for support.

As part of their latest campaign, Student Beans is calling on the government to launch a young person’s crisis package that supports those who are struggling the most with rising costs of living.

The student-focussed brand is encouraging support on its government petition, which will hopefully support those in the most financially vulnerable positions.

Students have already been identified as in-need groups, with the government making them exempt from paying council tax. As such, Student Beans believes this group should be included within the Cost of Living Payment scheme, to offer an additional cash boost to students to keep up with soaring costs.

The delta between means-tested student finance payouts and ever-increasing living costs is growing at a rapid rate, and students are looking to the government to provide financial support.

21 Online Jobs For Students In The UK

Being a student can be financially tough. Find out which online jobs are the best... 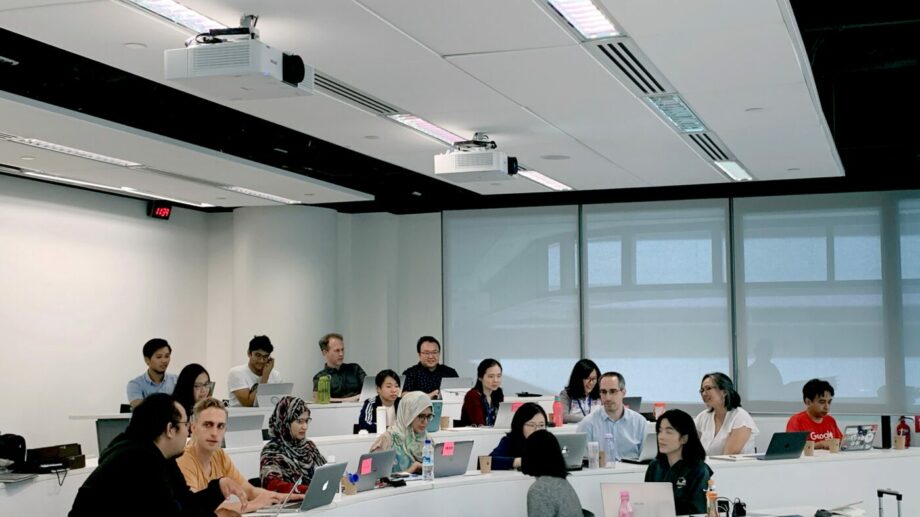 While record numbers of students are attending university in the UK yearly, there has been...

Plans are being discussed to lower migration rates, including restrictions on student visas. What impact...