The UCU has dubbed the rise in cases an ‘endemic’. But what’s being done about it?

Sexual assault and violence among students and staff have sadly been on the rise for a long time. In fact, reported cases in universities have doubled in the last four years.

With the sad death of Ashling Murphy, a student raped on her first day of university, and countless other reports of sexual assault against female students, it’s naturally begged the question of why, and what’s being done to combat it.

Educational institutions, as a result, are naturally under scrutiny about the safeguarding of their students. Read on to see what we’ve found out.

Firstly, what is sexual violence?

One in nine UK male students admit to committing offences

It’s easy to see that misogynistic views start young and very likely lead to disturbing attitudes and behaviours towards women. So much so that acts are even committed during school.

Plus, due to the criminal nature or lack of belief that these are real crimes, it’s safe to assume these numbers are much higher.

Why is it on the rise?

Sexual violence towards women has always been in question, but more so than ever since Sarah Everard’s case last year.

Nick Stripe (Head of Crime Statistics at the ONS) has reported that lockdowns over the past two years have also led to increases in sexual and domestic violence. While this addresses a sad reality across the board, we want to home in on why this crime is committed mostly by young and older males alike.

Due to the understandable hesitancy to report these crimes, the rate of what’s reported is low. In fact, only 15% of women report sexual violence.

The concept around consent isn’t taught until year 9. For context, students are around 13-14 years old by the time they reach this year group.

When children were asked in a study by Children And Young People Now about consent, the definition of it was generally correct. However, it gets murky when it comes to the perception of it, with comments like “If she smiled back, then it would’ve meant that she did want to kiss him.”, answered by a 12-year-old boy.

Victim blaming was a concern too. The same boy then answered â€œThe girl was in charge because he was coming towards her and she could’ve said ‘no, get away from me’ or ‘sorry, I’m not ready for this’. At first she said it, but then she just gave in.

A TikTok user publicised National Rape Day last April 24th with a group of men. This not only perpetuated rape culture, but this urged users across the platform to create content telling women to stay indoors on that day in particular.

The video was obviously taken down, but it highlighted how big of an issue this culture is.

Plus, according to Vice, TikTok has a pretty bad InCel (involuntarily celibate) problem. ‘InCels’ are predominately an online subculture of people who believe they are unable to attain a romantic or sexual partner because they are actively being repressed by women.

While the term and subculture has been around for years, it was brought to light more so after the Plymouth shooting in 2021. InCel forums online were found to be fueled with memes and discussions ridden with hatred, misogyny, misanthropy and even racism.

And TikTok isn’t doing all that much to combat this, especially as they’ve been failing to take down misogynistic hate speech.

Now of course TikTok isn’t the only thing to blame, but with Gen Z and Gen Alpha accounting for the largest proportion of users on TikTok, it makes us wonder what impressionable young people are exposed to besides the lack of education on this serious topic in the schooling system.

Support for sexual assault at some universities is dire

The Warwick University rape chat scandal, where a ‘lads chat’ was set up and detailed horrific accounts of acts they wanted to perform on their female peers. It was one of many incidents that highlighted just how little is done to safeguard students against rape.

This ‘lads’ culture case isn’t an isolated thing either. Several female students came forward after discussing their experiences at Durham university and the lack of support they received from what should be a prestigious institution.

While they expelled one male student, they didn’t expel two others who were also involved. We also discovered it’s one of the worst universities when it comes to helping students from lower income families.

Universities aren’t protecting their staff either

A poll on sexual violence by the UCU of around 4,000 people got the following responses from universities:

According to an investigation back in February 2020, Tortoise Media uncovered that most universities across the UK have ‘time limits’ in which you can report sexual assault and misconduct against staff members.

Some of the universities cited to have timed policies on reporting sexual violence were Leeds Beckett, the University of Central Lancashire, and Kingston University.

What’s more shocking is, at the time that article was released, only one out of 60 universities explicitly banned student and staff relationships. Which begs the question of safeguarding students, or lack of.

Much more needs to be done

We believe so much more can be done to tackle this endemic:

The Irish Times has also come out with their suggestions for the police and education system off the back of the tragic Aisling Murphy case.

How can you help?

The Student Survivors Coalition for Safeguarding Policies is an initiative campaigning for sexual assault prevention and survivor support in British higher education institutions. This is a fantastic step towards a brighter, safer future for students, staff and diminishing violence towards women altogether.

By supporting their cause, they can get statutory procedures for sexual offence complaints at university discussed in parliament. Keep up to date with the SSCSP to get news on their next petition.

We also have some tips on how to talk to someone who’s experienced sexual violence below.

Tips for talking with survivors of sexual violence

Don’t jump the gun and tell them to report it.

There’s a reason it takes years for survivors to come forward. It only takes looking into the #MeToo movement to know why.

In fact, only 10-15% of sexual offences are reported to the police. This is due to a variety of reasons that stem from the obvious trauma caused:

While justice must be served, the survivor must come to the conclusion themselves to report when they feel ready. Instead, it’s best to provide non-judgemental support until they feel ready to do so.

It’s incredibly difficult for survivors to come forward about their experiences. Give them room to talk and avoid asking questions about the why or how. By affirming you believe what they’re saying and acknowledging the courage it took to trust you with their experience, you can make them feel heard and trusted in turn.

Be there to listen and don’t offer advice

We’re quick to want to help, it’s human nature. When someone comes forward it’s always best to play the role of the listener and to only help or advise when asked to.

Check-in with them regularly

The survivor needs to know they have a support network. Check-in with them regularly via text if they need the space, or offer to come round on a schedule that suits them.

We want to hear what you have to say about these issues. Please submit your thoughts via Twitter or Instagram. 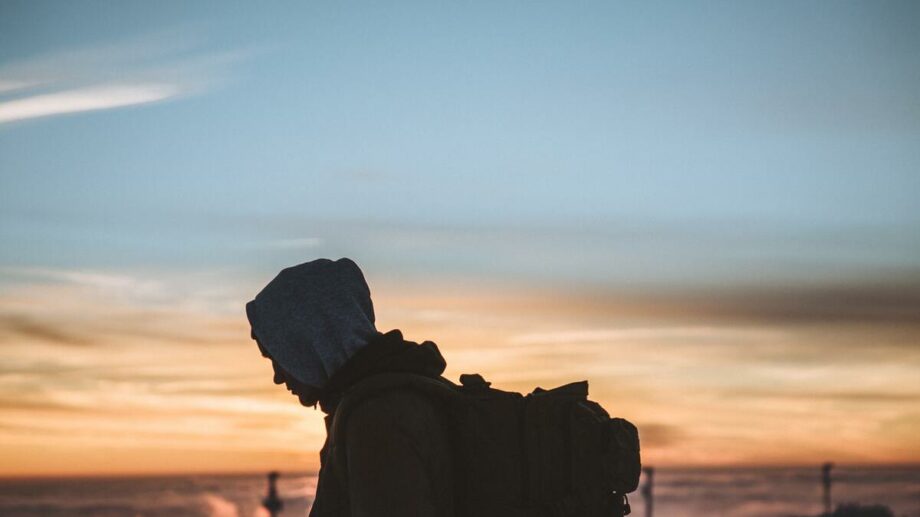 With limited accommodation and rising rent fees, those in higher education are scrambling to secure... 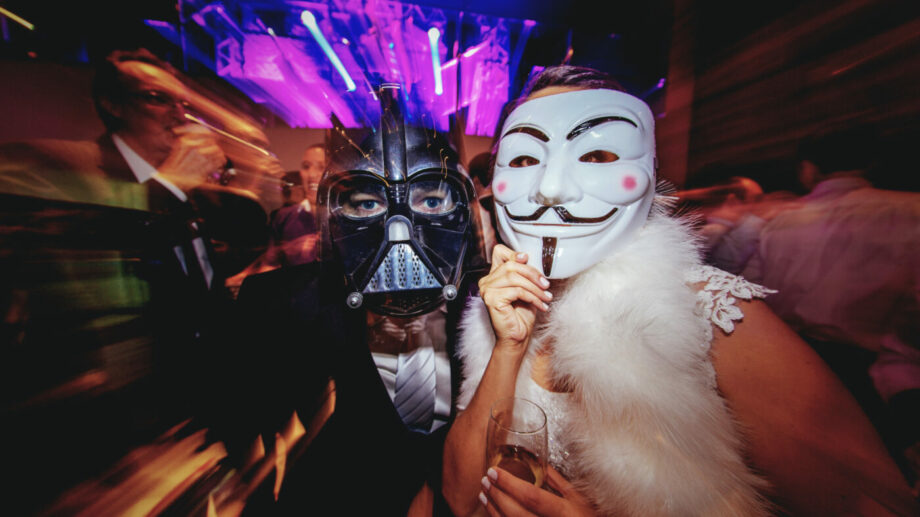 Students’ Costumes Are Producing Thousands Of Tonnes Of Plastic Waste

Costume nights are a huge part of student culture. In fact, we bet you’ve got... 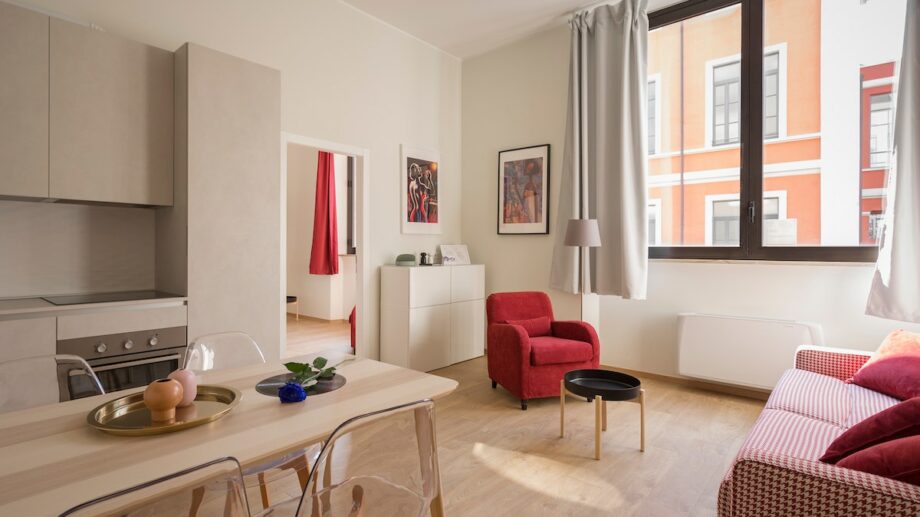 Students Won’t Be Able To Afford Accommodation — Here’s Why

Student accommodation is set to rise by £2,000 in the next year. The student housing...