From mass-firings to unbanning problematic figures, how will this impact the Twitterverse and beyond?

You don’t need a Twitter account to know what’s going down with the bird app. Tons of employees were laid off, questionable tweets have been posted, a laughing stock of a verification process was recalled and most scarily — the unbanning of political figures with backward views were given the go-ahead. We’re looking at you, Trump.

But in all seriousness, Twitter has become quite a mess. We watched the drama unfold, but couldn’t stay quiet for much longer.

With the recent unbanning of controversial figures like Ye, Andrew Tate, Donald Trump and…Katie Hopkins, to name a few, the social media app is no longer a safe space for people to enjoy. Particularly as a rise in concern regarding freedom of speech has come into play, too.

Is this all in an effort to skew political views, a power trip, or what? Let’s see what’s currently happening in the landscape of the mess that is Twitter: The Elon Arch.

Why the mass firings?

First and foremost, let’s paint a picture by going back to the beginning of Musk-ified Twitter.

Anyone that takes over a business has to review the current assets. These are things like factories, equipment to carry out the job(s), and even the brand as a whole.

Employees, unfortunately, are not seen as assets.

With that mentality in mind, we can only assume Musk came in with a vision, and anyone that didn’t fit in with said vision was to be struck off.

In fact, according to Robert Reich at The Guardian, Musk also threatened to fire anyone who wouldn’t commit to “long hours at high intensity”. And who would? It’s 2022, and such a mentality would be a red flag on any job description.

So, then came the mass layoff. And in Musk-fashion, it backfired massively. So much so, that he tried to re-hire the staff that were laid off.

And there were more firings too. In fact, those that spoke out against Musk were on the chopping block. And if you thought that was already cut-throat, there’s nothing quite like your boss doing it publicly either:

Why is this relevant?

The firings are when the drama really started, but it certainly hasn’t ended.

Musk has also been known for being an “independent”, yet expressed advocacy for the democratic party in previous years. But in this year’s US election, things took a turn.

As detailed by Io Dodds of The Independent, when Musk bought Twitter for $44bn in October, he declared that it must be a politically neutral space where “a wide range of beliefs can be debated in a healthy manner”. So this begs the question…What’s Musk’s vision for Twitter?

Is Elon Musk a Democrat or Republican?

As we mentioned, Musk has proclaimed himself as an Independent. He still does. Yet, he publicly announced advocacy for the Republican party.

How? In November, a day before the US midterms, he tweeted the following:

He stated “Shared power curbs the worst excesses [..]”. This made many respond in backlash. Here are some examples of said backlash:

Plus, he specifically voted for Republican Mayra Flores in the special election earlier this year. This was his first time voting Republican. While we totally believe in the freedom of democracy and choice, in this instance, openly showing his support for someone who would tweet the below message is concerning:

We could flood this with more reactive tweets, but you get the picture. The real question is whether someone who preaches neutrality for himself and his platform should really be tweeting about who he’s voting for at all.

Why does this matter?

It begs the question as to how an independent can share an alliance with the other parties. Does that not defeat the point? We can’t help but think that recent events may have been the reason he’s leaned towards the republicans, which we’ll dive into shortly…

Where do we begin…

Trump has been banned for well over a year. Since January 2021, to be precise. This was over fears he would use Twitter to incite violence. You can read more about his initial ban on Twitter’s official post. We could go on and on about how problematic the impeached ex-president really is, but that would take a chunk of time.

So how did Musk go about the unban? He posted this poll, where, unfortunately, the votes were just slightly in favour of the return of Trump’s Twitter account. Musk then tweeted “Vox Populi, Vox Dei”, the Latin phrase for “the voice of the people is the voice of God”.

Though nothing has been tweeted on the unbanned account at the time of writing, there is evidence of Trump aiming to run for the 2024 elections. With his tweets on losing the election last year ultimately leading to the storming of the US Capitol under claims of election fraud, we’re uncomfortably bracing ourselves for what’s to come.

Ye was banned for a series of antisemitic tweets back in October. Notably, this one:

Luckily, Twitter cracked down on this. However, Musk unbanned him days ago, and he posted a simple yet horrifying first tweet back:

As you can imagine, there was a ton of backlash from users. Musk, however…

What is this really saying about Musk’s morals?

We’ve openly spoken out about how Andrew Tate is problematic and a danger to women’s rights and safety. We even posted our own IG post on the matter, and got some incredibly mixed reactions from people who support his ideology:

His ban was a result of how openly misogynistic he is, and how women should “bare some responsibility” for sexual assault. He’s also known for his pyramid scheme “Hustler’s University”, which is not only a course he offers but a fandom of followers who buy into his harmful ideologies.

Ultimately, he’s prolific for all the wrong reasons. So much so, that he gained 1 million followers since his unban from the platform. Giving someone who actively spreads hate and misinformation a platform like this will influence the beliefs of their far-reaching audience which could ultimately put women and others in harm’s way.

This list isn’t definitive, but it’s a snapshot of other users he’s unbanned and a brief reasoning for their initial ban:

We can only expect more, including rumours of Katie Hopkins’ unban too. As you can see, some of the reasons aren’t all related to hate speech, and in these instances, it’s hard to read Musk’s motives.

Why has Elon Musk unbanned so many people on Twitter?

When it comes to the likes of Ye, Andrew Tate and Trump, they’ve done some seriously questionable things. Given they’ve amassed a huge following, they’re the most likely to have an influence on public view.

More specifically, they’ve shared controversial and hurtful views. Free speech, if you will.

If existing tweets from the likes of Ye, Musk et al, are allowed to stay on the platform, then freedom of speech, no matter how hurtful, is going to become the new norm. This is not good.

According to Oxford Human Rights Hub, “Musk took the title of  “free speech absolutist”, reflecting a “Wild-West” approach that would, in line with US law, allow for hate speech and disinformation. Defenders of this position insist that this is the best way to protect free speech and that any alternative is a “slippery slope to tyranny”.

That last point is particularly important. By enabling Twitter to have full free speech should not be seen as a victory. Let’s take Andrew Tate as an example; a Bloomberg report stated “Musk also intends to do away with permanent bans on users because he doesn’t believe in lifelong prohibitions […]”

The unbanning of the accounts mentioned previously, alongside many harmful accounts that exist already, is only going to increase the volatility of the platform. And consequently, how freedom of speech should be litigated.

Free speech, unbans…what will the consequences be?

Ultimately, the unbanning of problematic figures and encouragement of free speech means harmful messaging has free reign of the platform. This is evident in the tweets being fired as we speak, what’s currently living on the platform and fears of what’s to come.

Let’s look at the two most important things that’ll be affected by everything that’s happening right now:

Free speech — and not in a good way

If the troll-like tweet upon Ye’s return wasn’t enough to boil your blood, then we don’t know what is. If free speech is normalised on Twitter, we can only expect to see more of this antisemitism normalised.

Worse yet, all forms of discrimination will go the same way. Take Musk’s own hateful speech about pronouns:

We wish we could say this post from Musk was fake, but it’s not. It’s evident that Elon has no regard for LGBTQIA+ folk, which is incredibly worrying. It’s even more problematic with this disturbing meme he made:

And let’s not forget that the more banned accounts return to the platform, the worse the space will be to interact with.

There’s a small amount of evidence that Twitter has a conservative bias already, as opposed to a liberal one.

This was based on a study carried out by the Indiana University Observatory on Social Media, where they deployed benign social media bots to Twitter. Each bot would follow either a conservative or liberal news source and were left to “run” for a few months, where they could follow, tweet, retweet…and essentially make use of the platform.

In the end, the following conclusions were drawn:

How does this relate to Twitter and Musk right now?

The people that have been unbanned so far represent views from the far right. It doesn’t take much research to find this out. Ultimately, we can’t help but conclude that conservative sentiment on the platform will increase drastically, potentially influencing voting and ending Twitter’s “neutrality” in the long run.

So, where does this leave things?

We asked what Musk’s vision for Twitter is. While we can’t answer this solidly, we can draw up a few conclusions based on recent happenings.

Twitter is an unsafe platform to be on right now. Space has literally been cleared to allow for controversial activity to take place, which was partially achieved through the firings.

With the unbanning of several controversial figures that have posted problematic content, harmful free speech could now be the norm on Twitter. The fight to protect many on a social platform almost feels as though it’s being lost with Musk in control of such a major outlet.

Plus, we can’t help but feel the unbanning is part of a wider scheme too. With Musk now advocating for the Republicans, as in his words “Hardcore Democrats or Republicans never vote for the other side, so independent voters are the ones who actually decide who’s in charge!”, it’s possible that Musk’s influence and power could be used for political benefit.

Namely, to influence the masses through the unbans by skewing their views for political gain.

But ultimately, while we’re not political experts, we can’t help but feel like this will cause such a stir for the US 2024 election. This is only the beginning, and it’s frightening to think about what impact this could have on democracy.

We’ll be keeping an eye on how things unfold. Will freedom of speech be normalised to justify hate speech? Will political motives influence world politics? We can only hope for a miracle at this point. 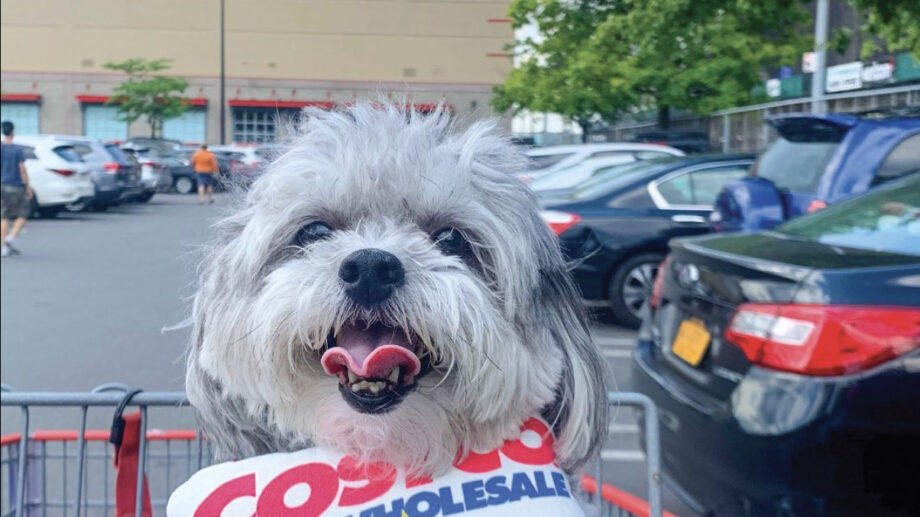 Is a Costco Membership Worth It? Membership Types, Prices, & Day Passes

There’s something magical about Costco. As far as warehouse stores go, Costco is on a... Are you ready for some football? With the big game coming up on February 12,... 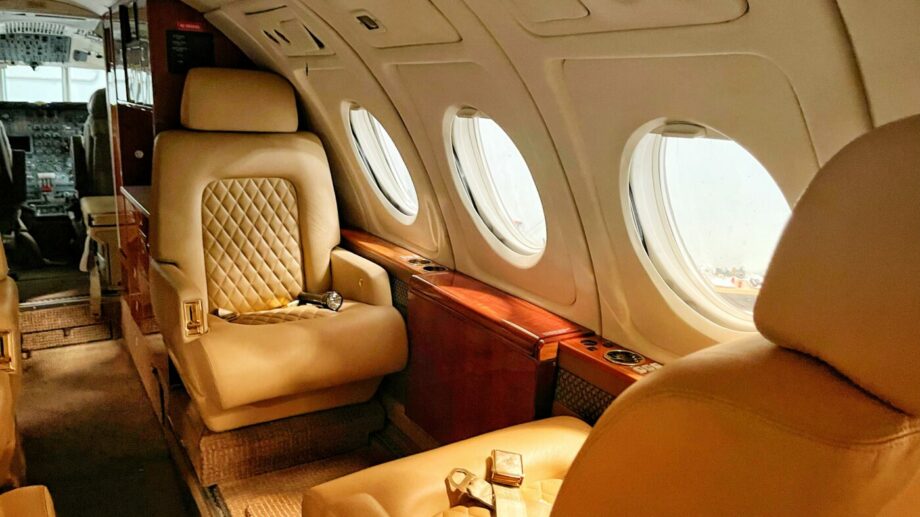 Netflix Is Looking For a Superstar Flight Attendant

Coolest post-graduation job ever. Netflix does a heck of a lot more than streaming nowadays....